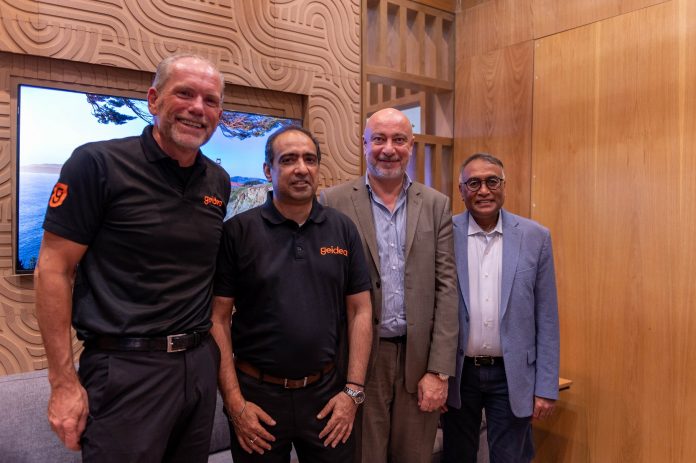 Geidea and WadzPay Middle East Technology (affiliate of WadzPay Worldwide) have forged a new strategic partnership to power the transformation of pilgrimage payments.

Geidea is utilizing the issuance of an e-money wallet, specifically for Hajj and Umrah, to be used in over one million point-of-sale (POS) terminals deployed across multiple merchants throughout the Kingdom of Saudi Arabia.

WadzPay blockchain-based payment solutions allow Hajj and Umrah pilgrims to set up their own e-Money wallets on their mobile devices to be used for their expenses. Once the wallet is loaded, the pilgrim is ready to spend in Saudi Arabia with lower transaction fees and a user-friendly refund process.

According to Mastercard’s latest Global Destination Cities Index, Mecca attracted $20 billion in tourist dollars in 2018, second only to Dubai. The number of pilgrims is expected to increase significantly in the coming years, with the Kingdom having set a goal to host 30 million pilgrims by 2030,  in line with Saudi Vision 2030.

This year, the hajj rituals were performed by at least one million pilgrims worldwide after two years of restrictions due to the COVID-19 pandemic.

WadzPay partnered with Algorand, a high-performance, next-generation ISO 20022 and Sharia-compliant blockchain with a roadmap to 46,000 transactions per second to deliver industry-leading stability and near-instant finality to its clients.

WadzPay Founder and Group CEO Anish Jain said, “I am delighted to team up with Geidea to deliver the absolute best in payments experience for pilgrims. Saudi Arabia is home to the annual Hajj and Umrah, about one million people from nearly two hundred countries perform these pilgrimages; with Geidea merchant and POS networks, WadzPay is also enabling merchants to benefit from faster, secure and seamless payments”.

Renier Lemmens, CEO at Geidea said, “The pilgrim market is an incredibly important part of the Saudi economy, which is why we are thrilled to partner with WadzPay in a move that will unlock vast SME business success for merchants across the Kingdom. The integration of an e-wallet into over a million merchant POS systems will also make transactions faster and safer for the millions of pilgrims that visit Hajj and Umrah every year – and we’re delighted to be able to help them on their way.”

Sailesh Malhotra, GM, GCC at Geidea, said: “This partnership enables us to offer our merchants and pilgrims a best-in-class experience whenever they make payments. The delivery of a swift transaction process for merchants – and a seamless payment experience for pilgrims – are critical drivers for this partnership goal.”