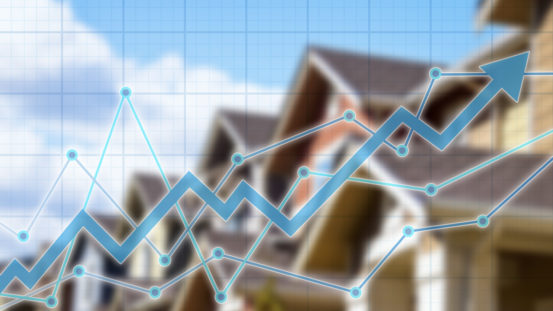 The doomsayers who wrote off the US housing market after a plunge in sentiment in April have been silenced by the rebound in the sector since then.

The reality of lockdowns and work-from-home requirements in the wake of Covid-19 have, in fact, spurred demand for specific types of housing in newly desirable locations for certain groups. For example, the appeal of living within cities for access to work has waned in favour of more living space, with millennials as well as families seeking single-family homes in suburbs with lower density neighbourhoods.

“This has been a V-shaped recovery, mostly led by first-time homebuyers who want outdoor space to ensure some distance from neighbours, and also a home office,” explained Bill Doherty, CEO at Walton Global Investments, a global real estate asset management firm.

Anecdotally, some homebuilders say they have never seen so many first-time buyers as in May and June 2020 – and they expect this to continue.

The robust outlook follows the $5trn the US government pumped into the economy between mid-April and the end of June, plus the additional $3-5trn in the pipeline for the rest of 2020, in part to help keep middle-class workers in their jobs, said Doherty.

At the same time, the financial impact of Covid-19 seems to be relatively limited in the suburbs where most of the new homes are being built. “For young professionals, it is not much of an additional burden to go from renting an apartment in the city to buying a home further out,” Gary Tom, president at the Walton Group of Companies in Asia, added.

Further, with US-owned manufacturing companies relocating their businesses to states including Texas, Arizona, Georgia and Florida, among others – will see growing demand for new housing in their suburbs.

All of these factors require a quick response from homebuilders to boost limited supply. Recent data shows the biggest sales jump came in homes yet to be started, in turn causing the supply of homes for sale that were under construction to drop 15% compared with a year ago.

“As national  businesses, they don’t tend to suffer the same pitfalls as regional players that are struggling in the current economic climate for funding from the banks,” he added.

This dynamic suits a firm like Walton. Before the pandemic, it had started shifting its strategic focus away from developing land by itself, to working  with builders and developers as partners rather than competitors.

In short, this involves collaborating with best-in-class US homebuilders where Walton buys and ‘banks’ the land, while the builders look after the zoning, development, homebuilding and sales to homebuyers.

“Public homebuilders are asking us to buy near term development assets to allow them to increase market share,” said Doherty.

Walton now works with 13 of the 15 largest homebuilders in the US. This is supported by the firm’s commitment to partnership, not only in bullish times but also by its willingness to be flexible on contract terms to ensure all entities remain reliable and patient during downturns too, added Tom.

Another all-time high for Bitcoin. How long will it last this...

In the post-epidemic era, cloud computing will accelerate the digital transformation...